When we purchased our 1870s home, it came with several pieces that were very appropriate to the period of the home. The previous owner Mr. Hoffman who had restored it was a collector and a fan of period pieces. One very distinctive and lovely piece was this Reliable, American Made Stove. This thing is lovely.

However, it was restored to the original condition meaning open flames that were constantly on like a pilot light. 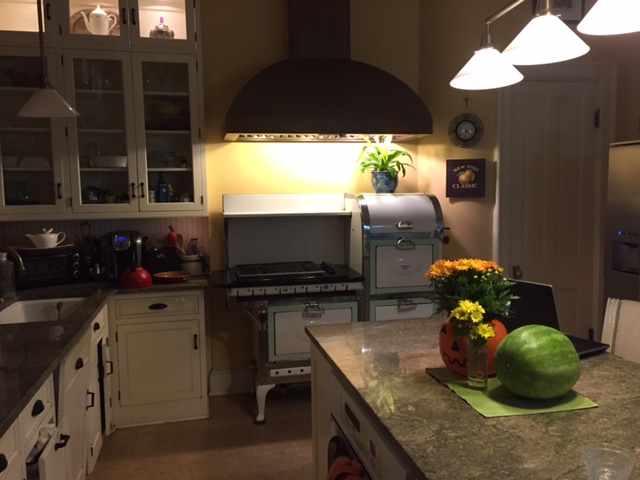 When we were first in the house, we tried to work with it. One Sunday, my daughter and I were cooking up our meals for the week, when I turned my back to it. It went Vroof. I looked back at my daughter.

"Are you alright Mom?" She asked looking at me with large eyes and blinking.

"The flames shot out from the stove but seemed to part away from you."

Well chalk that up to the Old House Diary ghost or my guardian angel I was fine. But the stove had to go. 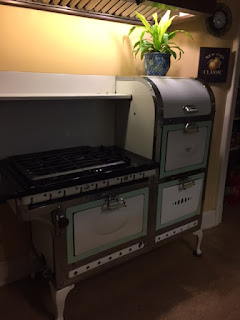 I did some research on the web and found a place in Michigan that specialized in old stoves. (AntiqueStoves.com) The owner was fantastic. He could date my stove to the 1920s and said some of its parts were from Germany and had the original "swastika" on them which was a symbol that meant love and peace before Hitler took over the symbol.
He valued it at about a couple grand. It would be $3,000 to bring up to current standards, but when that was done its value would be about $18,000.
Sounds nice, but who has $3,000 sitting around. So I was going to sell it.

But after looking around the kitchen, I realized the previous owners had designed the entire kitchen to match this stove. I needed to get clever. 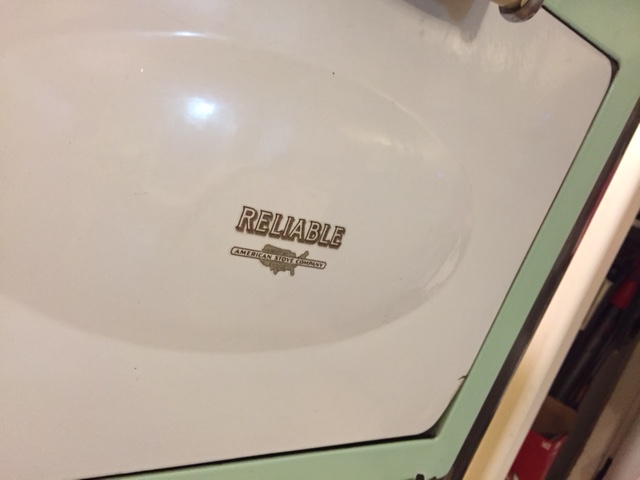 So what we did was we searched for a "drop in" range like the kind you would drop into a counter top. We needed the exact dimensions to fit.

We got pretty close. Our plumber Phil then shut off the gas to all the ovens and units, essentially making it into a counter top. 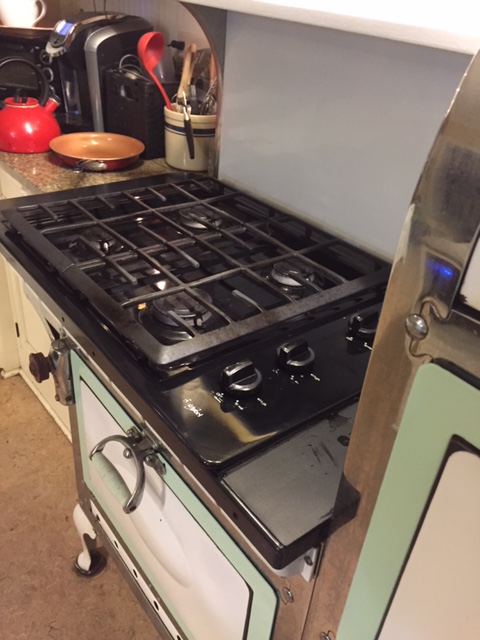 Phil cut a piece of laminate to fill in the space that didn't fit to the right. He dropped in the range top and it works great. It's now more safe for an active family.

When people stop in to visit, the kitchen always gets a complement for the stove.

Margee Moore is a marketing professional and mother of two. She blogs about family and restoring her 1870s home for Old House Diary and Moxiemom. She is author of the book, Sleeping with the Laundry: Notes from the Mommy Track. 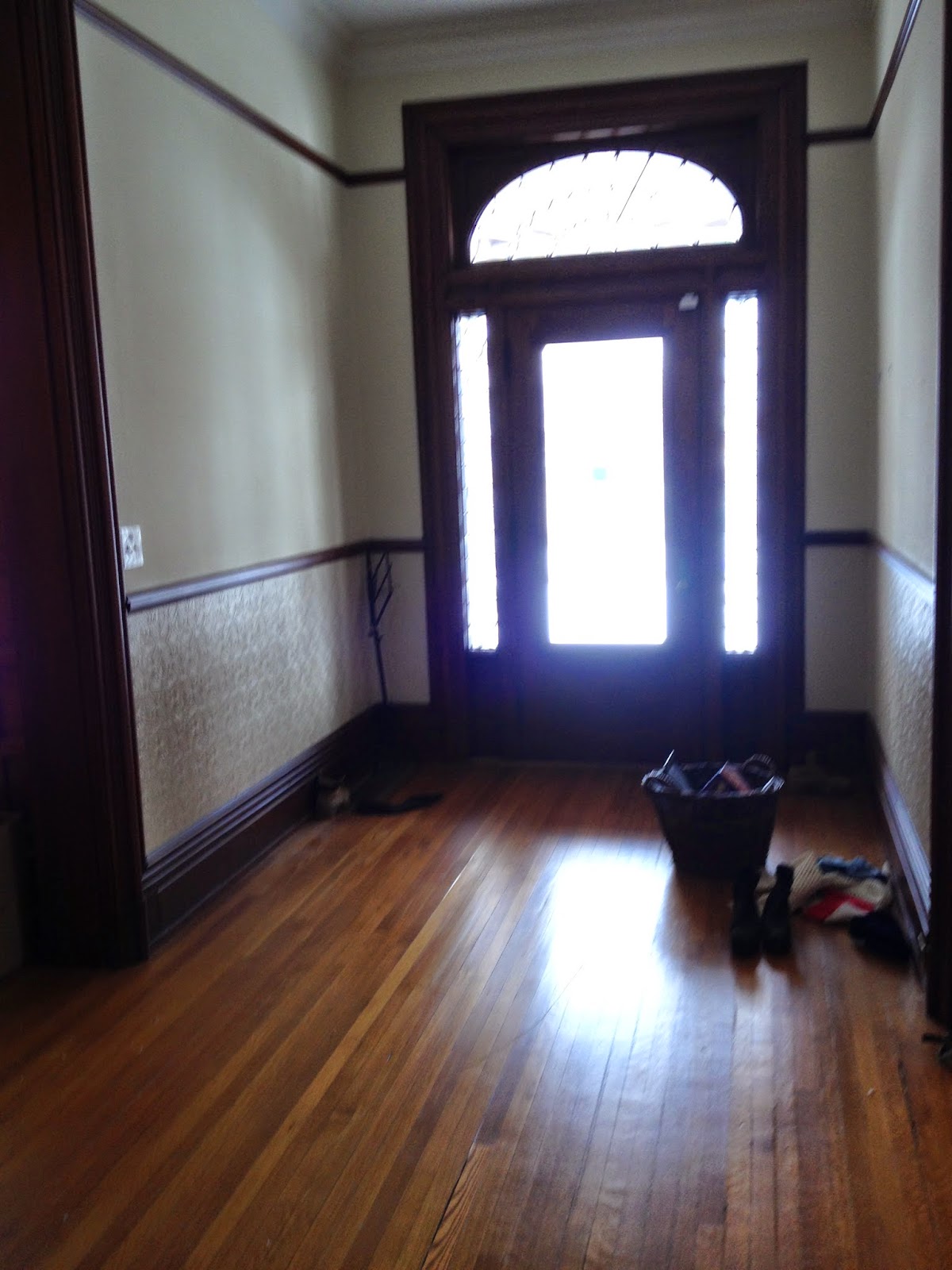 Old House Diary: Paint with All the Colors of the Wind or Green

World of Bricks open at Newport on the Levee